The Coronavirus has brought a lot of changes and challenges to the world over the past month. As a result, businesses are being forced to come up with new and resourceful ways… 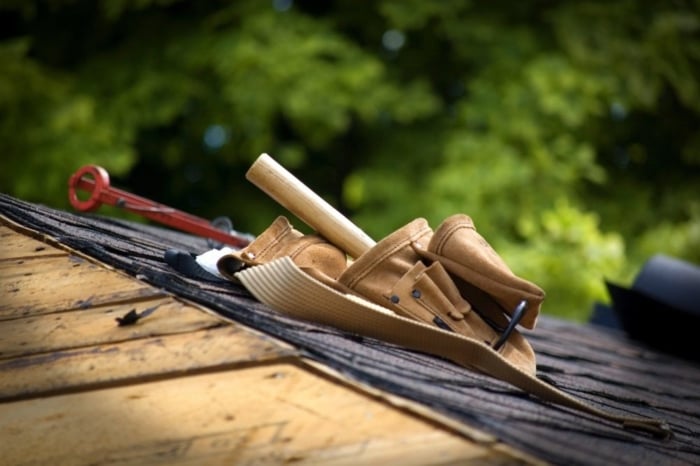 The Coronavirus has brought a lot of changes and challenges to the world over the past month. As a result, businesses are being forced to come up with new and resourceful ways to keep work going.

The changes taking place in the roofing community are coming in a variety of different ways and with things like not letting coworkers carpool and having disinfectants in their vehicles, to people working from home and using more video conferencing and online communication to keep business moving.

It’s a strange time calling for both changes and restrictions. What are the roofing contractors around the United States saying about this? Let’s find out! 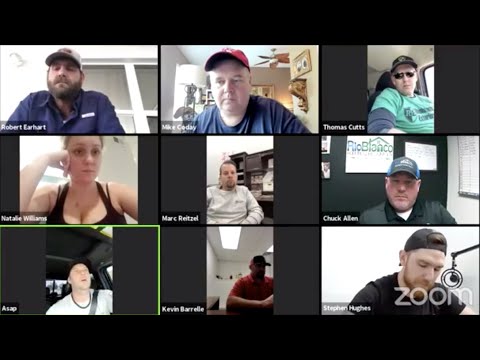 Business as Usual for Some

When asking the roofing community about the changes they are making and how they have been able to make the most of a difficult situation, we received a variety of responses. One of the answers we heard was pretty consistently was that surprisingly, a lot of them are still pretty busy.

We heard from Marcus Matthews of Kidd Roofing, who said they “have not been affected very much by this yet,” as well as David Hill of Premiere Roofing, who said saying “There is not as much of an effect as you might think.”

Bob Daly, with KAW Roofing & Sheet Metal Inc., even said that “things are starting to pick up” now that they have gotten everything figured out with their safety precautions.

A lot of companies have been able to continue to work through this and are getting the business they need to keep their workers busy. However, just because they are still getting business doesn’t mean that the way they are doing their business is staying the same.

So with the roofing industry still being able to work, what kinds of changes and safety precautions are they making? A lot of respondents stated that social distancing is a natural part of roofing, so they have not needed to change much with that, but other changes have needed to take place.

Adrienne of Gateway Roofing said they are “making sure they have proper safety equipment” and have been spending more on staff safety as a result.

We also heard from Kidd Roofing, who said they are “having workers meet on site instead of at the office.” Tommy Stanek, with A-Team Roofing, said they have “eliminated carpooling and are making sure that they have disinfectants in vehicles.”

One cool way people are staying within the CDC regulations is through technology. Robin, with Pro Roofing and Siding, said they have been doing everything digitally. Instead of the usual in-person signings, they have turned to DocuSign and to get that part of their work done. They have also put a virtual policy in place where they have drones taking pictures of the roof and are able to have customers send over photos of the work they are looking to have done.

The companies we talked with are making sure to follow all the regulations and do their best to keep their employees and their customers safe. 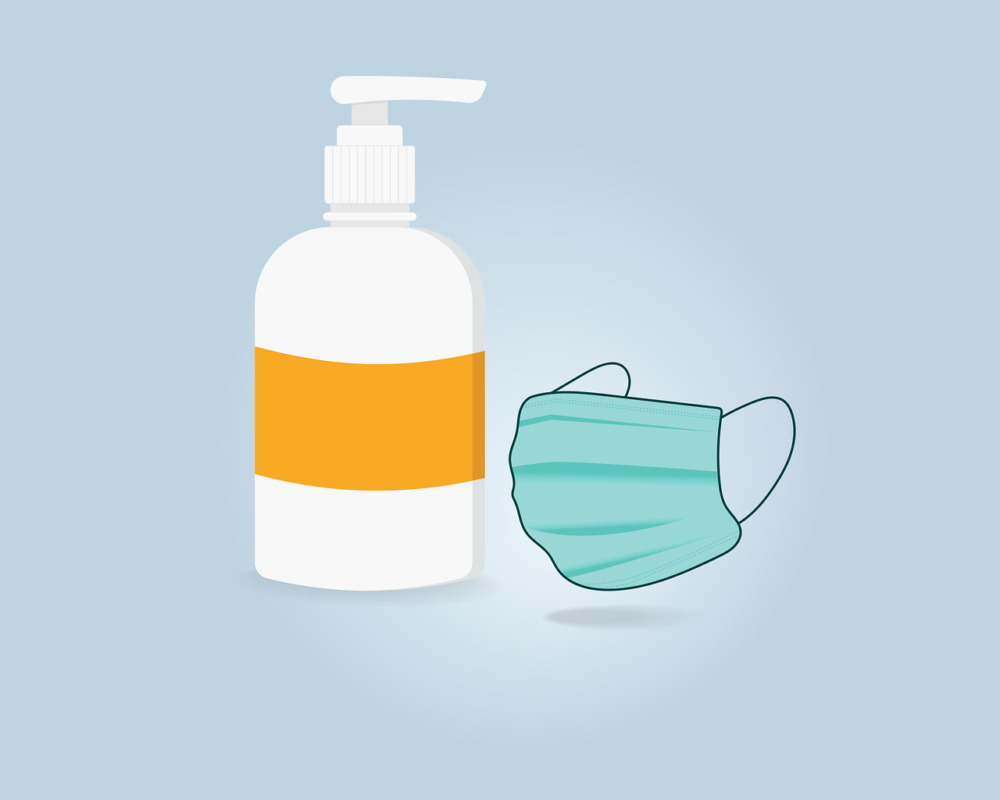 Who is Taking a Hit?

While the Coronavirus hasn’t made an impact, there are still a few companies out there that are losing work and being slowed down by this.

Joe Greene of Harold J. Becker Inc. says this has not slowed them because they are a commercial only company. However, he believes the “current situation has a bigger impact on residential companies who use sales tactics such as door to door sales or just in general as people are tighter with their money due to the uncertainty of our current situation.”

Both Jonathan Meyer (Meyer and Company) and Brian Swyndro (Triton Advanced Roofing) are just two that have stated that they have had several of their lined up projects go on hold because of this.

What are Companies Doing to Continue Getting Business?

With the limitations put on us with social distancing and areas being put on lockdown, companies are having to find different ways of doing business and meeting with clients.

A lot of this is coming through the way people have to communicate with each other to do and discuss business.

Tommy Stanek (A-Team Roofing) said that their sales team has not received as many calls as usual and that the sales team has “mobilized at home and are looking at invitations from other contractors and bid boards.”

Christina Forbes of Ideal Roofing said that they have been doing a lot of quotes over email and that they are only able to meet in person on a case by case basis.

But for some, not much has needed change.

Janeana Sotelo of Nations Roof in Houston, TX, said, “Nothing has changed with how we’re doing business. The work has slowed down a bit with all the companies shutting down. Not much to report!”

Another example of companies not having to change the way they are getting business comes from Joe Greene at Harold J. Becker Inc. He said, “We are pretty lucky, and the current situation has not altered the way we get or service new or existing clients. We do not have a sales team and are only in the commercial industry, so we simply bid on projects, and if low, we are awarded the project and perform the work.”

Deon at Allstate Roofing Inc. also had similar things to say and stated that things on the commercial side of the business were “better,” and this whole situation has “not affected them.”

Why are Some Taking More of a Hit Than Others?

Like we heard earlier from Joe Greene (Harold J. Becker Inc.), the residential roofing companies may be seeing a bigger impact than those that are strictly in the commercial industry of roofing.

This is because commercial roofing companies receive their business through bidding on projects and are given business as opposed to residential roofing, which is more of the door to door type of sales work that can not be done right now.

Brian Swyndro (Triton Advanced Roofing) mentioned that another group of people that are struggling through this are the companies that have to hire out subcontractors and other maintenance work for their jobs.

What Does the Future Hold?

There were a few different opinions we received about what the future holds, with some thinking it won’t affect their business and some who believe that the worst is yet to come.

One of the companies that believe that the situation won’t affect their business is Shane Monarch Roofing, who said, “I believe people are going to be doing work they’ve been putting off to get it done.”

Shari Zippay with Atlanta Metro Roofing, although they are currently “pretty busy,” she doesn’t see it being like that much longer and thinks that things will start to slow down soon.

Both Shari and Lisa Harbin of Empire Roofing and Restoration Inc. are saying that one reason business will start slowing up is because of homeowners not wanting to make any contact with anyone outside of their homes and is causing them to have more standing work orders.

What was definitive between everyone we spoke with was that we get through this whole situation sooner rather than later.

These are strange times where we are all trying to make the most of a difficult situation and having to adapt to new normals for the time being.

Unfortunately, nobody really knows how long this will last. This is something that nobody in today’s world has ever experienced before, so it is a new experience for all of us.

It is important, though, like mentioned before, that we make the most of this situation and maybe even learn how we can be more prepared for the future if something like this ever happens again in our lifetime. 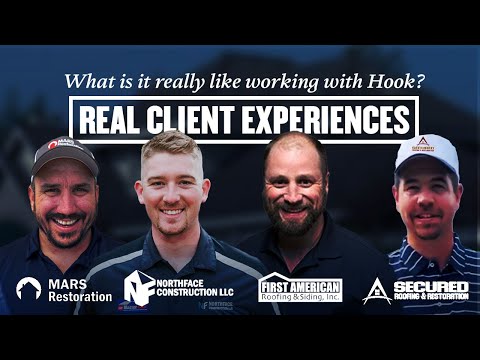