What’s the Value of a Social Media Following?

A friend of mine’s company is on the verge of potentially acquiring a company whose major source of revenue is a couple of Instagram accounts with a large number of followers. I… 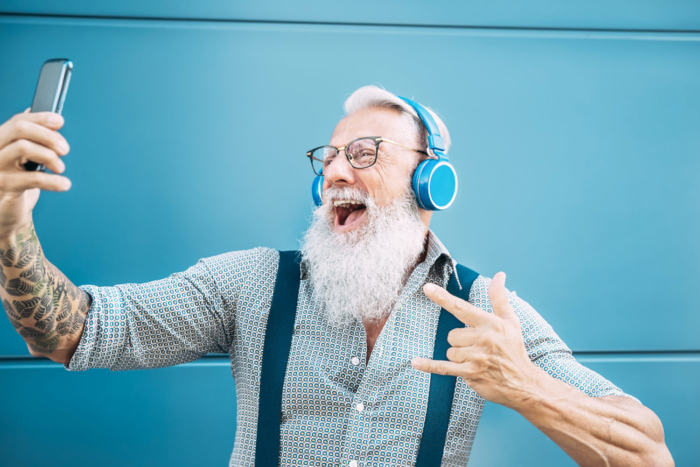 A friend of mine’s company is on the verge of potentially acquiring a company whose major source of revenue is a couple of Instagram accounts with a large number of followers. I won’t be sharing those exact accounts – but I will say that the real question at play here is – “are these social following TRULY valuable?”

5 Fast facts about the value of a social media following:

Do you feel like all you see on social media these days is advertisements and influencers doing advertisements? That’s probably because you do.

One thing I’ve always been curious about is why a certain person gets chosen, and honestly, I’ve been wondering how much they get paid to do this. It couldn’t be much right? All they do is take a quick picture and put it on their social account. Over half the world does that for free already.

“Influencers are Instagram users who have an established credibility and audience; who can persuade others by virtue of their trustworthiness and authenticity. Your brand’s influencers are users that employ your brand hashtag who have the largest number of followers.” – Pixlee – User Generated Content & Influencer Platform

Influencer marketing has caught on fire in recent years with the explosion of social media and lack of reach brands are getting in commercials and magazines (probably because we’re looking at the influencers on our phones 🤭).

So many marketers are using this as their platform to reach their audience, and it’s working, it’s working incredibly well.

How do influencers and companies monetize a Social Media following?

Having a huge following and social status can be great and all, but what are ways for you to make use of that large following and maybe pick up some extra cash? Well, let’s take a look at what we can work with.

How much of an asset is it?

When it comes how much your following is worth, there are a lot of factors that come into play, such as:

Power middle influencers will have an audience that ranges from 10,000-250,000, and typically have experience working with other brands.

Macro influencers are going to be the top dog of the social media world. These are going to be your celebrities, and the most popular people on Instagram, YouTube, Twitter, Facebook, etc. Their followers and subscribers will range anywhere from 250,000 and higher.

The outreach of macro-influencers will dominate the reach of micro and power middle influencers any day of the week. While there is a larger reach of an audience for macro-influencers, it does have lower engagement and higher cost and could be viewed as more of a shotgun approach.

While there is no set algorithm for these numbers, here is a rough set of numbers reporting the ratio of followers to how much you are paid as an influencer.

The amount of money you receive will depend on the following you have. You can generally earn around $10 per 1,000 followers you have or $1,000 per 100,000 followers. Below are some examples of what different amounts of followers can bring for you.

It was reported that 66% of people using influencer marketing on Instagram said they pay under $250 per post, while 27% of that same group said they paid between $250 and $1000.

Snapchat is usually done on a per-view contract because the audience size isn’t always available on the platform. Influencers will get around $.10-$.35 per view.

Shaun McBride, who is a Snapchat influencer with 700,000 followers, reported to the New York Times, that it is not an uncommon occurrence for people of his status to charge $10,000 for a story.

How much money do influencers make from brands?

When it comes to big celebrities and influencers, they can make some serious cash. Kim Kardashian is said to charge $250,000 for an Instagram photo…….. just one photo. I know you’re reading this Kim, but are you kidding me? 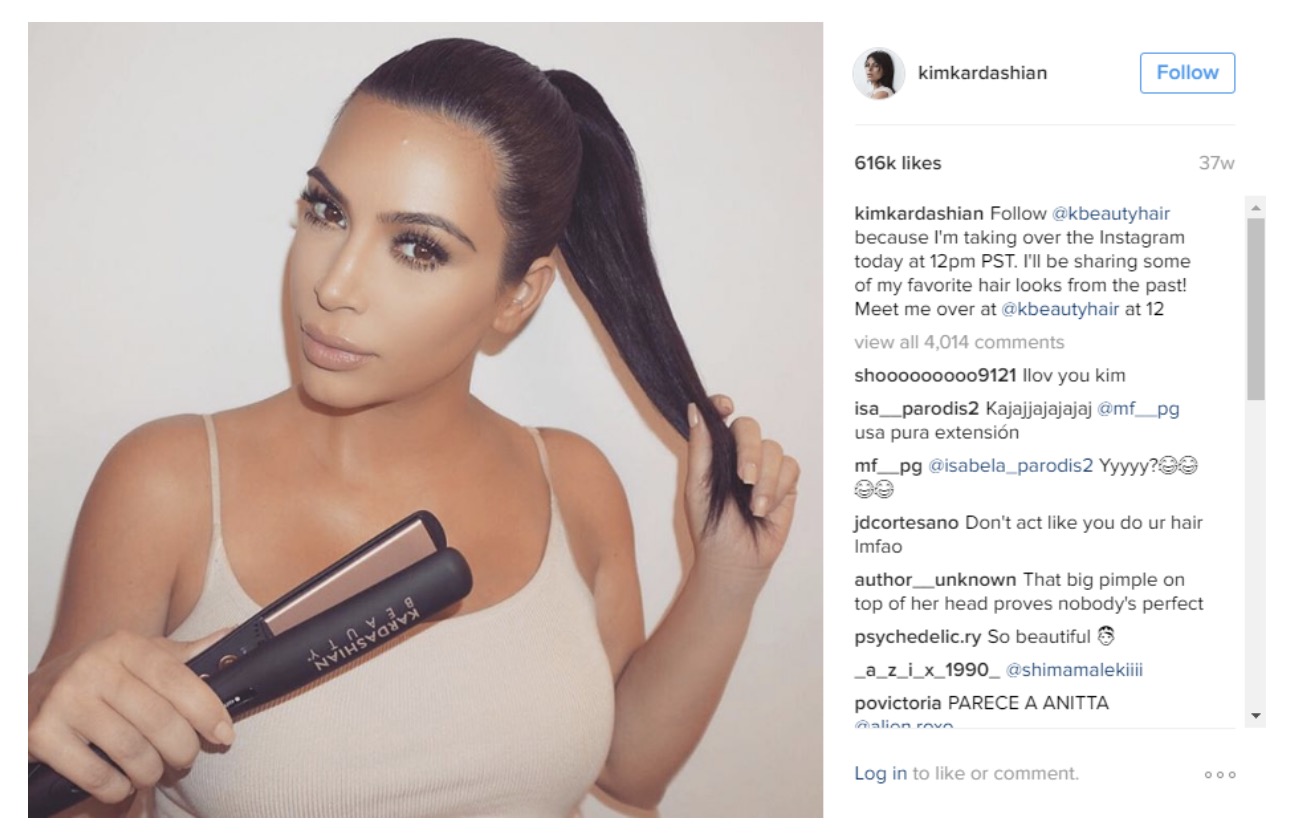 She’s not even the highest-paid one either. Her sister, Kylie Jenner, is the highest-paid celebrity and reportedly makes around the $1 million marks per post and has the most lucrative endorsements on Instagram. Selena Gomez and Cristiano Ronaldo are not far behind, as they made around $800,000 and $750,000 per paid post, respectively.

How enduring is a social media following?

With the amount of business, they are generating through this form of advertising, it is no wonder they are taking full advantage of the times.

Businesses are said to be making around $6.50 for every $1 that they spend on influencer marketing.

It was also found that 6 in 10 YouTube subscribers say they would follow advice and suggestions from their favorite influencer or creator on what they should buy.

Another impressive statistic from the BrightLocal Local Consumer Review Survey, 88% of consumers say that they trust online reviews just as much as personal recommendations. This really shows the type of high-level influence that influencers can have over their audience and why they try to stay authentic with the following they have so they don’t come off as a fake and lose trust.

What are the relevant key metrics for e-commerce businesses?

When working influencers that sell eCommerce, there are a lot of different metrics to look at.

Beyond engagement numbers it comes down to how much are they actually selling.

After all, you want to be sure that you are doing everything you can in order to make your business run right. The most relevant metrics you can look for are customer acquisition costs, sales conversion rate, email opt-in rate, and average order value. These metrics will show you how engaged your audience is, the value of your customers, and the effectiveness of being able to convert leads into sales.

How does ‘influencer’ effectiveness change per industry?

When it comes to different industries, there are some that use social advertising more than the next. This has a lot to do with who they are able to reach and how.

For Millenials, the content that they are most interested in is entertainment and information. Some great ways to capture their attention would be through YouTube and podcasts (which are also really blowing up), as these two fit perfectly in that niche.

For Gen X, they are going to be enticed by different promotions and contests, so something like “like and share with three people to enter” posts will be up their alley. The best places for this would be Instagram and Facebook for this type of message.

The Baby boomer’s attention is captured by promotion and information, which is basically a blend of the Millenials and Gen X. The top choices for this generation would be facebook and podcasts.

–What are the relevant key metrics for other businesses?

What are the key metrics to value a social media following?

When it comes to key metrics to keep tabs on in your social media account, there are four that I believe are the best, which are follower count, likes, shares, and comments. These are great for not only telling you how much reach you have

What is “Fake Engagement” and how do you sniff it out?

What exactly is fake engagement? It is the buying of fake followers or engagement to give people the illusion that they are more popular online than they actually are.

Another way fake engagement takes place is through social spam bots that give people more followers, engagements, and ultimately, more money. The bots are a set of algorithms used with social media profiles to make engagements with other people’s content attracting engage profiles linked to this algorithm containing both real users and bots. These bots usually go after content users with a connection to whatever it is the bots are looking to sell.

A quote from CNBC tells us what these fraudulent activities are costing marketers. “To appear more influential than they actually are, influencers can buy fake followers and pay for bots to like or comment on their posts. That fraudulent activity is costing advertisers $1.3 billion this year, according to a report from Cheq, a cybersecurity company focused on the digital media space, and the University of Baltimore economist and professor Roberto Cavazos.”

How do you calculate “Earned Media Value”?

What is “Earned Media Value”

“But in contrast to paid media, earned media is unpaid. Your brand’s customers, brand advocates, and fans talk about your brand willingly without being paid for it. Thus, earned media is a form of word-of-mouth. This form of media value is particularly important for brands because it shows how many people talk about you apart from your paid marketing efforts.” – Brian Sanchez on Quora

Why is “Earned Media Value” hard to measure?

No defined standard when it comes to measurement.Measuring EMV differs for each brand, depending on campaign goals, content type, or communication channels.

Target audience is often neglected.Brands often focus on metrics, such as social following and engagement, rather than brand resonance. Without access to a niche audience through influencer relationships, engagement becomes merely social noise without conversions. – Media Kix

Earned Media Value – find the cost per impressions on that platform if you were doing paid ads, then:

Earned media value is a calculation used to calculate the importance of branded content that is gained from marketing efforts.  This includes things like blogs, reviews, social posts, referrals, influencer marketing, and more.

The calculation can be a useful formula for calculating a brand’s online word of mouth and see how useful it really is. 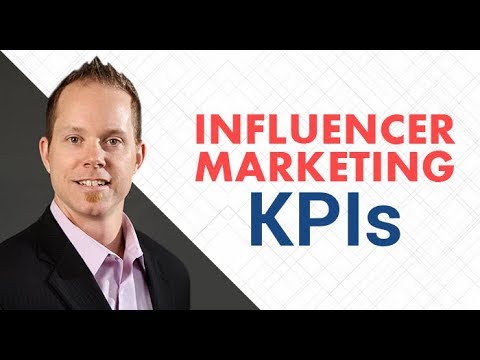 There are calculators online that give you the ability to see how what your media value is. Here are a couple of links if you want to see what yours is worth: 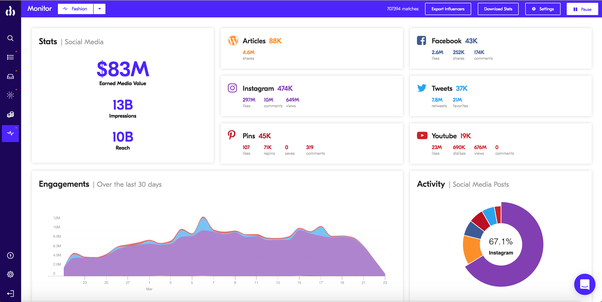 It is crazy to see how much money you can make off of a social media account.

But then again – anyone who can convince people to buy something at scale will always have more opportunities to wield that influence, particularly if they can do it in a way that feels authentic and creates an impression that people identify with and a community people want to be a part of.