Pepsodent: The Ad That Created a Habit

Can you imagine that people in a wealthy, prosperous nation like America were hardly brushing their teeth over a hundred years ago, say in the early 1900s? And that the US Army… 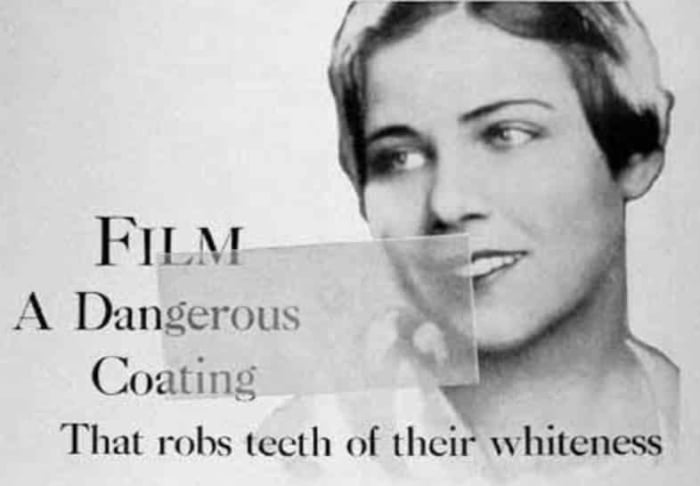 Can you imagine that people in a wealthy, prosperous nation like America were hardly brushing their teeth over a hundred years ago, say in the early 1900s? And that the US Army officials were saying that poor dental hygiene was a national security risk when they found that so many recruits had rotting teeth when the government started drafting men for World War I? 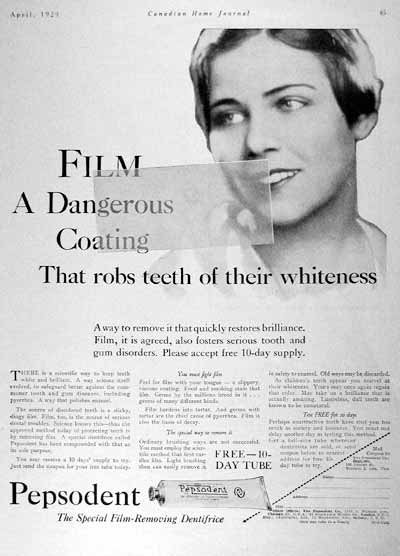 Now can you believe that it was a sustained national advertising campaign for a product and an adman, who created or cultivated a habit of brushing teeth among the American population before the beginning of the twentieth century?

Yes and the adman was none other than the legendary Claude Hopkins, who wrote a classic book on Scientific Advertising. The Product? Pepsodenttoothpaste.

Charles Duhigg describes the entire story of Pepsodent advertising campaign and the science behind it in his brilliantly written book, The Power of Habit: Why We Do What We Do in Life and Business.

Over a hundred years ago, one day in the early 1900s, Claude Hopkins a well-known advertising executive (long before web design and SEO) was approached by an old friend, who wanted a business idea for a toothpaste he created, Pepsodent. He believed that the marketing opportunity was huge and requested Hopkins to help him design a national promotional campaign.

Claude Hopkins had built a huge reputation by turning dozens of previously unknown products such as Quaker Oats, Goodyear Tires, The Bissell Carpet Sweeper, Van Camp’s Pork and beans into household names. Hopkins at the first suggestion of creating advertising campaign for Pepsodent was only mildly interested. Although there was an opportunity for dental hygiene as the health of Americans’ teeth was in steep decline due to the heavy consumption of sugary processed foods by Americans in their newly found prosperity.

Hopkins knew that selling toothpaste was rather a financial suicidal as hardly anyone brushed their teeth during that period despite the nation’s dental problems. Hopkins finally agreed to undertake the campaign if his friend and the maker of Pepsodent gave him a six month’s option on a block of stock. The friend agreed. The rest is history.

With in five years of the partnership, Hopkins turned Pepsodent into one of the best-known products on earth and, in the process, helped create a toothbrushing habit across the whole American continent! What is more, a decade after the first Pepsodent campaign, polls indicated that toothbrushing had become a ritual for more than half the American population. Hopkins had helped create, cultivate and establish toothbrushing as a daily activity.

How did he do it? He defined a problem and offered a solution. The science behind Pepsodent advertising as Hopkins explained later, was that he had found a certain kind of cue and reward that fueled a particular habit. It’s a connect so powerful that even today those basic principles are used by video game designers, food companies, hospitals and millions of sales people across the world.

What did Hopkins exactly do? He created a craving. It is that craving that makes cues and rewards work. That craving is what powers the habit loop.

To sell Pepsodent, Hopkins needed a trigger that would create a need for the toothpaste’s daily use. He dug deep, did lot of reading on the subject and found a reference in the middle of one dental book to the mucin plaques on teeth, which he called ‘the film.’ He said, “ That gave me an appealing idea. I resolved to advertise this tooth paste as a creator of beauty. To deal with that cloudy, yellow film.”

Despite the lack of medical evidence that a toothpaste helps remove the film, Hopkins decided to exploit his discovery. He decided that the ‘film’ as a cue could trigger a habit. Soon, cities were plastered with Pepsodent ads.

The ads said: “ Note how many pretty teeth are seen everywhere. Million are using a new method of teeth cleansing. Why would any woman have dingy film on her teeth? Pepsodent removes the film.”

Hopkins had found a cue that was simple, had existed for ages, and was so easy to trigger that an advertisement could cause people to comply automatically. To top it, the reward, as Hopkins envisioned it, was even more enticing. Who, after all, doesn’t want to be more beautiful? Who doesn’t want a prettier smile? More so when all it takes is a quick brush with Pepsodent? The campaign later was reinforced with television advertising. The very popular jingle of Pepsodent commercial is still remembered today. The rhyming lines are very easy on the tongue and reinforce the removal of the film and the beautification of the teeth: You wonder where the yellow went, when you brush your teeth with Pepsodent! Click here to watch the 1957 Pepsodent television commercial.

Within three weeks of the campaign, the demand exploded. The company could not keep up with the orders that were pouring in. Within a decade, Pepsodentwas one of the top-selling goods in the world and remained America’s best-selling toothpaste for more than thirty years.

The medicine chests of Americans during the period reveal the proof of creating the habit of toothbrushing. A decade after Hopkin’s Pepsodent ad campaign went nationwide, over 65 per cent of Americans had a tube of Pepsodent in their medicine chests, a significant increase from a mere 7 per cent before Pepsodent. What is more, by the end of World War II, the US military downgraded concerns about recruits’ teeth because so many soldiers were brushing their teeth everyday!

Did you notice one conspicuous thing in the 1929 Pepsodent ad featured above? Hopkins gave reasons in the ad why  readers should try Pepsodent, but he did not attempt to sell them. Instead, he offered a 10-day trial. By doing that he removed all the risk from the consumer.

What problem does your product or service solve? Does your answer match with what you are marketing today?

Remember your prospects want solutions to their problems – not your actual products or services. Remember what Ted Levitt, the famous professor emeritus of Harvard Business School said long ago: The customer is not buying your 1/2-inch drilling machine, he is buying a 1/2-inch hole!