Amidst the devastating aftermath of Hurricane Ian, roofers must step in and play their part. How? Helping homeowners make the most out of what may seem like an all-bad situation. Matt Spanton… 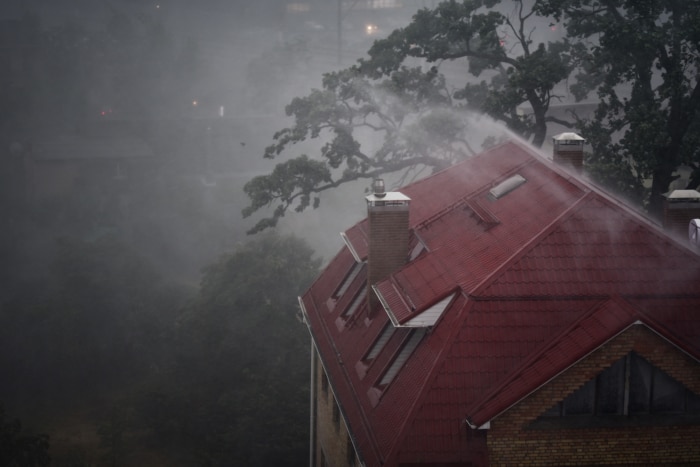 Amidst the devastating aftermath of Hurricane Ian, roofers must step in and play their part. How? Helping homeowners make the most out of what may seem like an all-bad situation.

Matt Spanton of Cat 5 Contracting discussed some main concerns with us, those being how roofers can help navigate the red tape in FL, the legalities for people traveling down to work in Florida, and where to get the boldness to dare such migration at this time.

Some Peculiarities of Florida’s Roofing Industry

If you are heading to FL, then you should be aware of what’s been going on there before your arrival. Florida’s roofing industry has its own uniqueness, so here are a few highlights:

In Florida, you don’t have to be a licensed roofer to perform emergency mitigation services, although you do have to be registered with the state.

Everyone may not like this, but you can’t perform under other people’s licenses in Florida. You must be legit. Even if going through shadier methods makes no difference in other places, it’s no joke in FL. The Division of Workers’ Compensation will go to jobs and check credentials, so your paperwork must be adequately prepared.

When you’re considering getting licensed, ensure that you have good counsel and are excellent with accounting and paperwork.

This is so that you don’t sell a bunch of roofs and afterward get your license poked, similar to what happened to some guys after Tropical Storm Emma. And, of course, you might have to carry your roofing and general contracting licenses around too. They may come in handy at any time.

There’s been a lot of fuss on roofing Facebook about Florida’s new roofing laws. People with loud platforms on Facebook announced their disinterest in going to Florida. Unfortunately, having more people roofing after a hurricane would be more helpful for the people affected.

So what laws have been added from the last time there was a big storm in Florida? A good number of them were directed at the residential guys.

No Covering of Deductibles

In marketing, there can be no induction or covering of deductibles of any shape or form, or there will be a strict and severe punishment.

If 25% of the roof is being replaced, the entire roof must come up to code. For example, if the decking itself wasn’t up to the new nailing code, as soon as you replace 25% of the roof, the whole decking (and consequently, the whole roof) has to be upgraded. This law brought an immediate domino effect to the replacement of roofs. There will also be a bit more of a complicated approval process in some areas where the need for roof replacement is not as apparent as a blown-off roof.

There are also some new laws regarding handing claims over to attorneys. The claim process in Florida has been known that a roofer can’t argue policy. So typically, one would have to hire a PA or attorney to handle that. The attorneys would then go ahead and fight the claims.

If the claim went bad and they needed to go to litigation, the attorneys used to be able to get their fees recovered. So let’s say you fight a claim that takes a year or two, and that attorney’s fee is $50,000, that fee used to be covered when they won the suit.

However, those fees aren’t recoverable anymore. For that reason, many more attorneys will be VERY selective on the claims they want to work on because, unlike before, their money is now strictly tied to whether or not that claim wins.

All these new laws are surely going to drive claims down. They will be more challenging and slower, leaving not much advantage for the attorneys to come in.

How Much Should You Budget if You’re Planning to Explore Florida Roofing?

Moving in from a different part of the country, how much should a roofing company budget? Let’s say you get over your anxiety about the new laws holding you back and jump into Florida; how much should you have in mind?

In your typical hailstorm, you can start cash-flowing within a couple of weeks. You have the pleasure of building jobs immediately and closing them out within four to six weeks.

But not in Florida! Likely, you will not be cash-flowing for four to six months (on your best bet). Hey! Not trying to scare you from coming now; just stating the facts.

So if you’re not scared by this estimate, and you’re still planning to take advantage of some of the extra work down there, it’ll be helpful to plan to have enough money to withstand that type of delay.

But Why is The Delay So Long?

There’s a massive demand for roofing material in Florida. Tile, especially. Before this storm hit, the duration for tile was the shortest. ETA was 14 weeks, with most being 25+ weeks. And that was before the hurricane was even named.

That coupled with the delay of the claims process and the drag because of the massive influx of the current happenings, it’s only normal that receiving material will take much longer.

This point is perfectly illustrated by the current shortage of reasonably priced lodging in FL. It’s such a massive storm, and there’s so much in flux, so all those costs are raised! For example, while the current cost of living in Oklahoma City might mean paying $400 to $1000 a month for an apartment for your guys, not so in Florida now.

Also, the cost of crews and labor is more expensive. It’s tougher to put the roofs on as it’s more regulated, and the crews have to make multiple trips. They don’t get to roof the house in one day and go home.

Even if they could, or it was a shingle roof, they would have to make the tear-off and deck inspection, the drip inspection, and the dry-in. And once the dry-in inspection is done, they’ll order the roofing materials and then come back and do the final work.

So there’s always a multiple-step process to it, and everything cost-related increases.

Despite some discouraging factors, many guys are still willing to come to Florida to capitalize and make money on the storm. Why not you? Make money for yourself! However, it’s counterproductive to think about it in a “cutting corners” kind of way.

Going to Florida after such a devastating event means having a mind to take care of people and not only looking to make money. Many families have lost property, businesses, and vehicles.

All these make giving back as crucial as taking when moving to help after Hurricane Ian. People always come first; do good to them, and you’ll find Florida a great place to work and make a difference.