A Sampling of Excellent Typography in Italy

The fashion and extravagance of Italy is refreshing, particularly juxtaposed against it’s carefree people. I simply toured in a couple areas but the impression I came away with was that the people…

The fashion and extravagance of Italy is refreshing, particularly juxtaposed against it’s carefree people. I simply toured in a couple areas but the impression I came away with was that the people of Italy deeply care about aesthetics and have a rich cultural and artistic heritage to match. The typography throughout the places we visited reflected some of that exquisite, almost sensual delight in the form of things.. in this case the letters, formation of word(s,) and brands.

Bernini, a residence or hotel in Rome whose tall letterforms have just a touch of playfulness in the B and R. 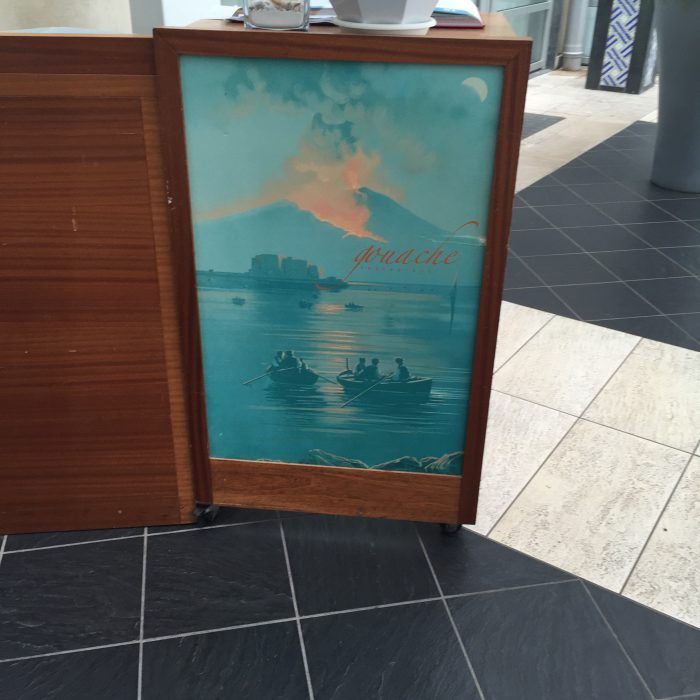 Gouache Restaurant was our hotel near to Sorrento (Amalfi Coast) decent restaurant, but I absolutely love this pale blue / teal classic looking artwork with the gold script so tastefully laid out on the top. The juxtaposition of these two I don’t see paired often makes for a very nice and subtle design that feels pleasantly vintage. 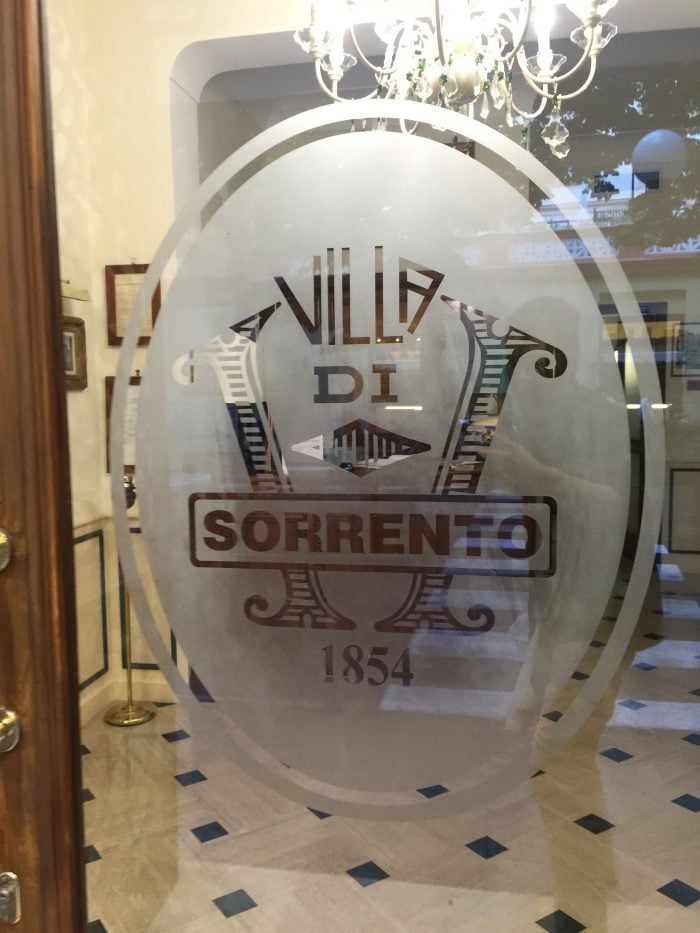 The horizontal lines of the decorative elements behind Sorrento make me think of money, and that’s not the worst thing when you’re trying to appeal to a high-end crowd. Almost a little wild with the different types of letters on this one but the rounded rectangle and Sorrento stick out as being bold and tasteful in particular, especially with the other wild elements giving a nice contrast. 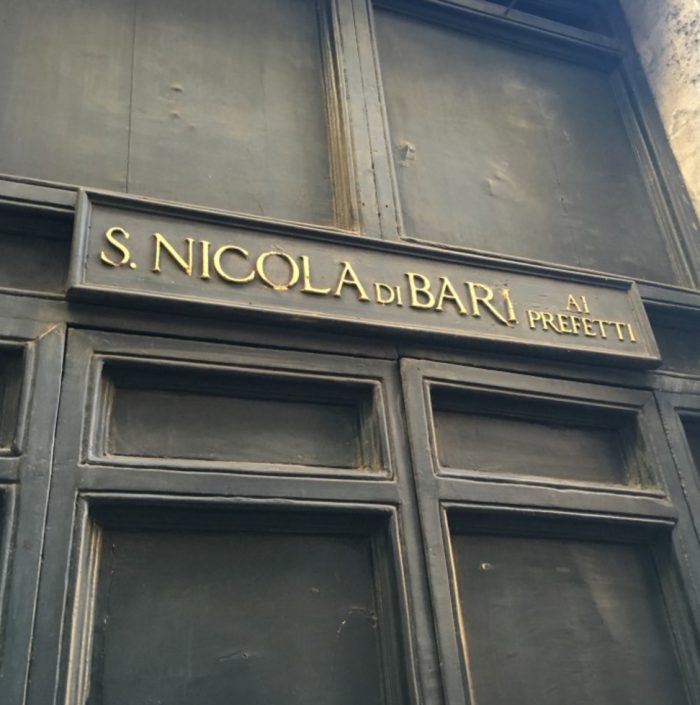 This delightful and unassuming sign in Rome features a simple but significant serif font that appeals to me because of the small and large letters included and the natural weathering happening on the gold letters sticking out from the black. 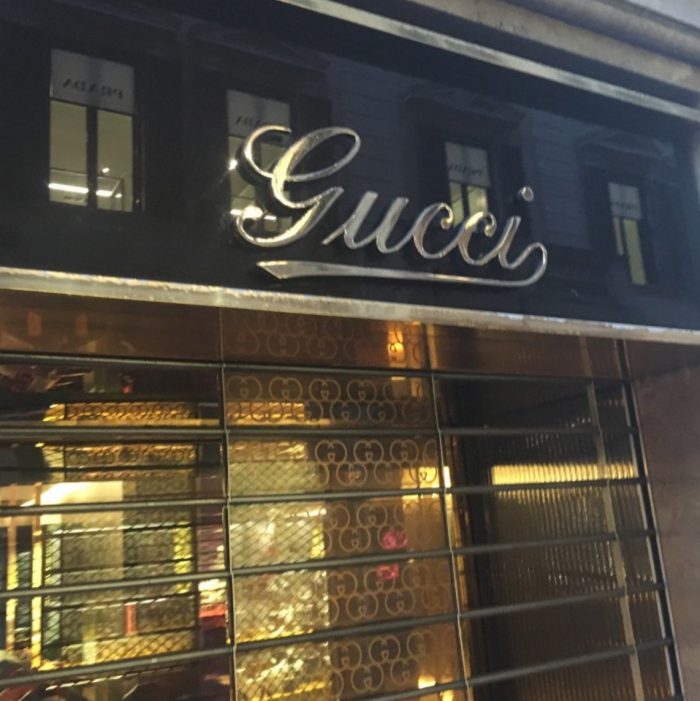 I guess this one isn’t just in Italy (Rome), but Gucci’s script version of it’s brand with Gold on Black makes quite the decadent feeling impression and gives such a significant example of how high quality products and a solid logo can make the perceived worth of items so much higher. 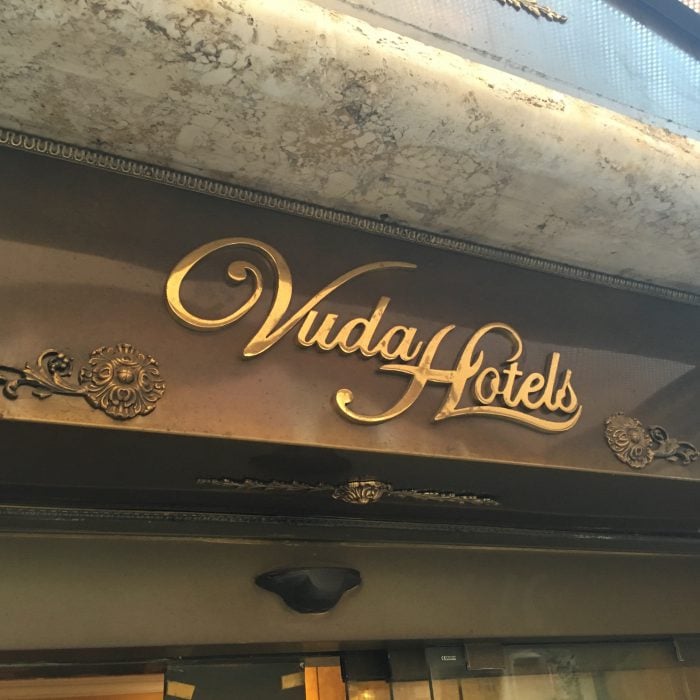 Once again I’m a sucker for Gold, this script for a Hotel in Rome showcases some really nice flourishes that add to the elegance of the overall wordmark. 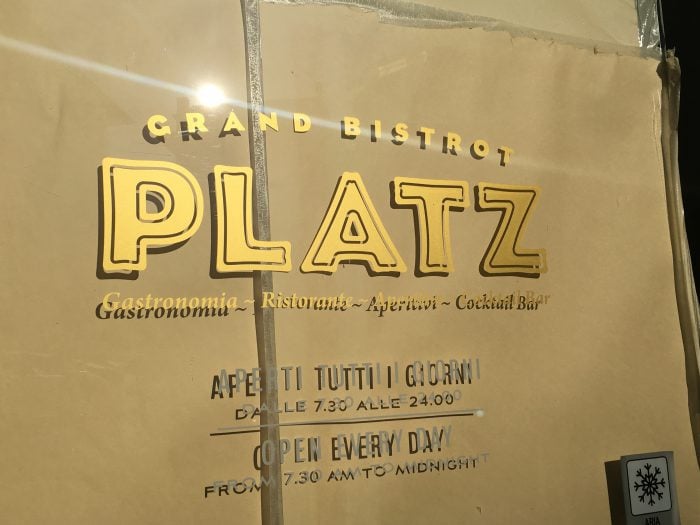 A much more modern play, and almost a greek, or stonework inspired lettering, this restaurants play on the sans-serif and the lightly arched top letters struck me as very tasteful. 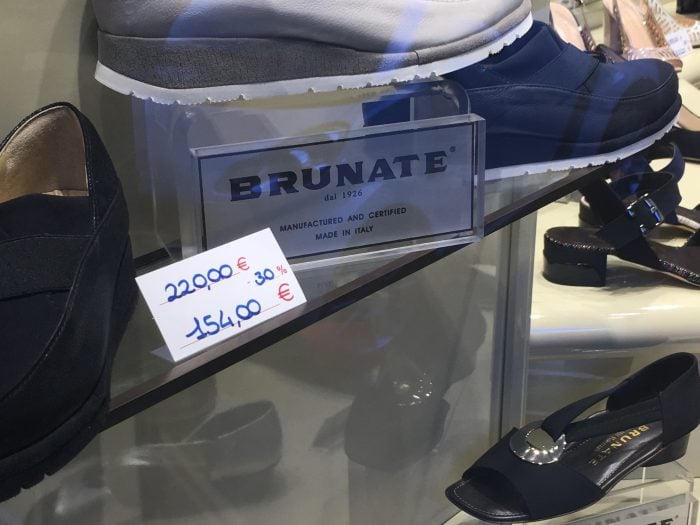 I can’t help but see these slabby sharp serifs and drool a little bit. Designs that likely pre-date fonts like ‘Gin’ and ‘Brothers’, and give that nice little rugged, sharp, or masculine touch and feel very strong with little else accompanying them. 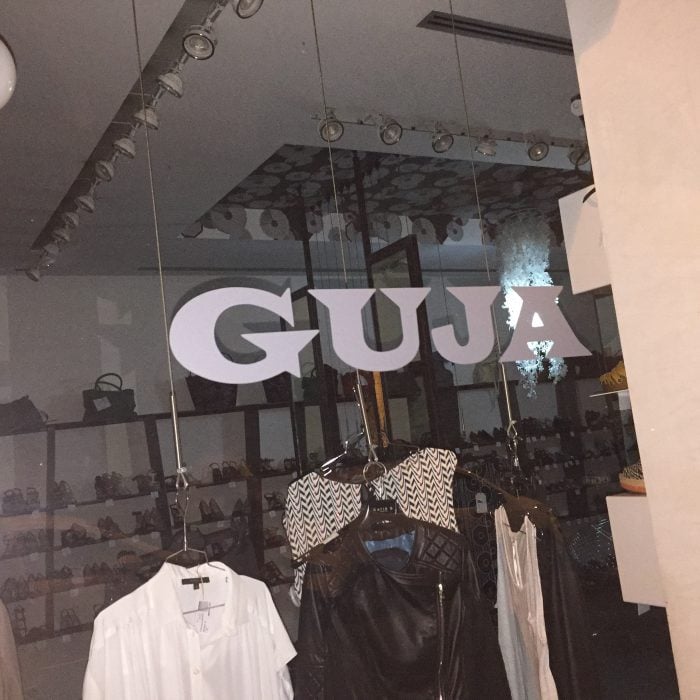 This is even more of that style taken in a slightly different direction. This might also be a international brand, but it’s gorgeous. 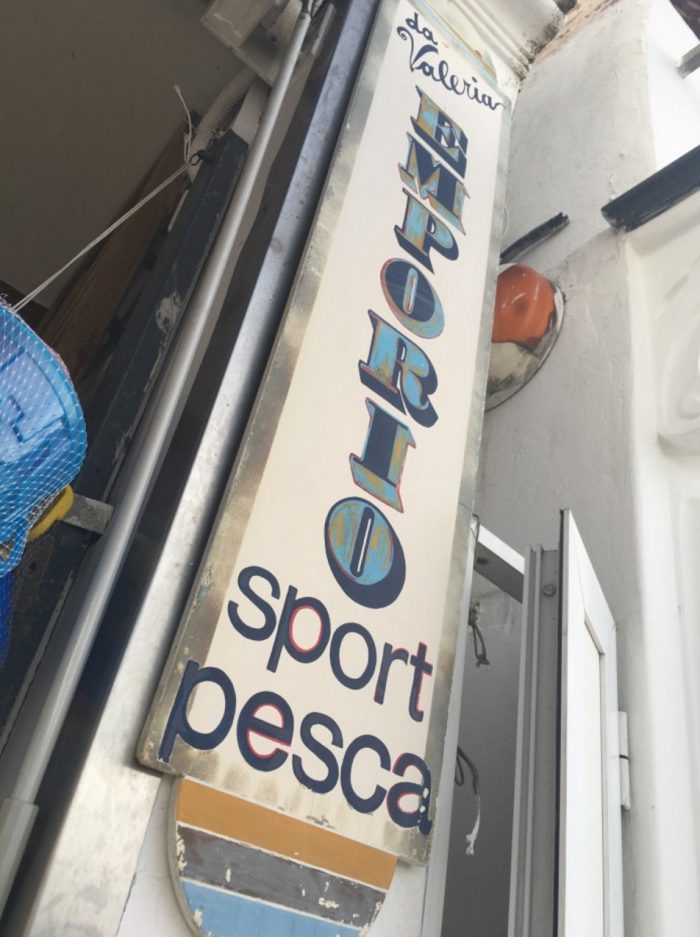 This interesting sign in Capri has a very nice and highly classic serif, but it’s real magic is in it’s details. 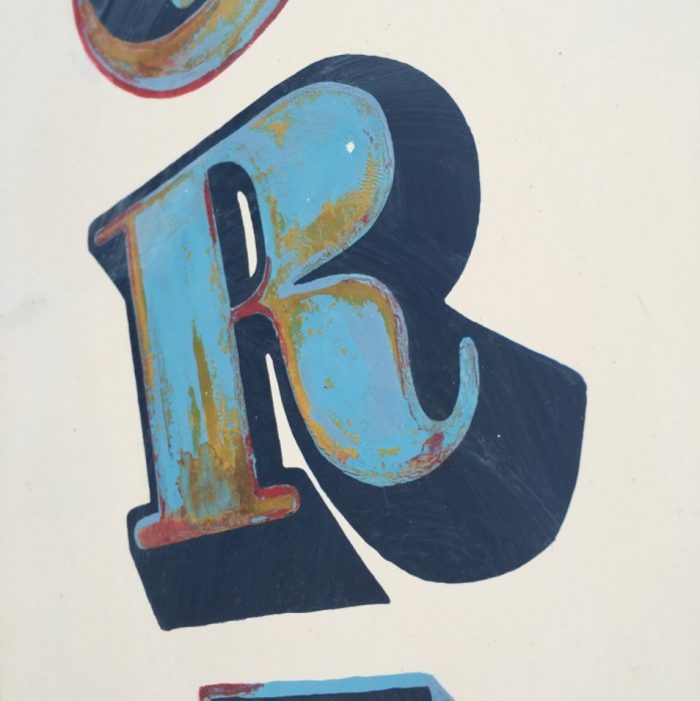 This R struck a chord because you can see it’s layers from different iterations over the years, and it may have been red and yellow before. I love things that show iteration over time and this is such a pleasant example of that.

Overall the craftsmanship of some Italian people really shines through with some of their typography and it was delightful to walk around keeping an eye out for these things. Thanks for reading, and I hope you enjoyed some of the things I found.