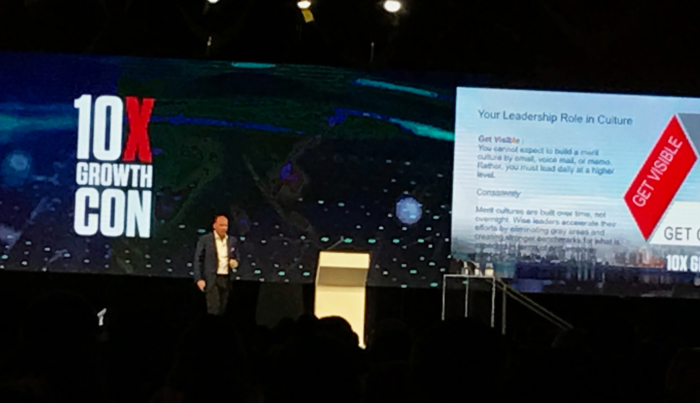 The 10x Growth Conference ( #10x , #10xgrowthcon on Twitter/IG) is going on now in Hollywood, Florida – near Miami, Florida. To help myself remember the amazing takeaways from the event, and to share with my friends who aren’t able to make it – I wanted to get some key notes on the speakers and a bit about the event.

10X Growth Con Review: The event was great in so many ways – the same ways that listening to a Grant Cardone audiobook (multiplied by well, 10x)  is great, it gets you fired up! Tactics were sprinkled in, but the real value was a on-fire kick in the ass. I can’t say whether I would spend the change on watching all of the video’s per say because a lot of the value I got was from the conversations etc. but I might still! Money invested in your own personal growth is well spent.

Lead with praise. "Celebrate what you want to see more of." Tom Peters #10X pic.twitter.com/dEsJxMOBSq

If you hang out with ambitious and driven people your chances of achieving anything worthwhile in life dramatically increase.#10XGrowthCon

People want to be led by those who have knowledge and authority. #10x #10xgrowthcon #makemoney #success #grantcardone #timstorey